Meet the experienced and friendly doctors and staff who make Brookhaven Vision Source the leading provider of vision care products and services in Brookhaven. 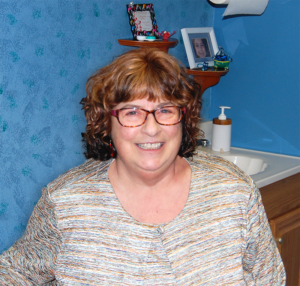 After Graduation from PCO, Jacque’ worked for 10 years in a Medical Center in North Philadelphia and concurrently 4 years at Crozier-Chester Medical Center in the Ophthalmology Clinic as the staff Optometrist. In 1989, she and her husband, John Fisher, opened this private practice in Brookhaven near their Middletown home. John is the Optician and Office Manager. He also works for 3-M Safety Company providing safety eyewear for various companies.

Jacque’ has been affiliated with the AOA, POA, and CDOS since 1979 and has served as the President of the CDOS in 1989. She was the Optometric Representative for the POA to PA Medical Assistance Program for 10 years, and has been a member of the HSAC committee of Delaware County Head Start since 1987. Jacque’ received the George Gottshalk Award from POA in 1992 for outstanding service to Optometry.

In her community of Middletown, Jacque’ was instrumental in organizing the Residents for Middletown group and even ran for Township Council. Today, she serves as Vice-President of the Middletown Township Land Conservancy group. In her personal time she enjoys gardening, and is Vice-President of the Delaware Valley Daylily Society. Jacqué also dabbles in decorative painting. Jacque’ and John will be married 33 years this June.

John enjoys frame selection with people and has been taking seg heights, PD’s, straightening frames, replacing screws, nose pads, and temples since 1987. He also works for 3M Company and does the safety eyewear for Sunoco, BASF chemical, and Boeing. In his non-optical world he likes to golf, play darts, and bocce, spending time with his neighbors. His favorite vacation spot is Myrtle Beach. John also enjoys sports and coin collecting. 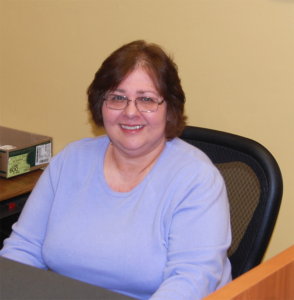 Colleen is new at our office but is a pro at handling insurance verification, billing, chart preparation, filing, contact lens ordering and phone calls. Seeing different people every day keeps her job fun and interesting. She also enjoys spending time with her lovely grandchild.

You can schedule your next appointment with us online!